Shinrin-yoku is a term that means “taking in the forest atmosphere” or “forest bathing.” It was developed in Japan during the 1980s and has become a cornerstone of preventive health care and healing in Japanese medicine. Researchers primarily in Japan and South Korea have established a robust body of scientific literature on the health benefits of spending time under the canopy of a living forest. Now their research is helping to establish shinrin-yoku and forest therapy throughout the world.

The idea is simple: if a person simply visits a natural area and walks in a relaxed way there are calming, rejuvenating and restorative benefits to be achieved.

We have always known this intuitively. But in the past several decades there have been many scientific studies that are demonstrating the mechanisms behind the healing effects of simply being in wild and natural areas. For example, many trees give off organic compounds that support our â€œNKâ€ (natural killer) cells that are part of our immune system’s way of fighting cancer.

The scientifically-proven benefits of Shinrin-yoku include:

Just as impressive are the results that we are experiencing as we make this part of our regular practice:

We recognize that forest therapy approaches such as Shinrin-yoku have roots in many cultures throughout history. John Muir wrote, â€œThousands of tired, nerve-shaken, over-civilized people are beginning to find out that going to the mountains is going home. Wilderness is a necessity.â€ He is one of many people who we include when we think about the origins of the practice. 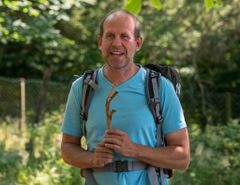 THE CONSCIOUSNESS ADVENTURE | Where does happiness reside? | Volunteers wanted for videoshoot | Free event

We use cookies on our website to give you the most relevant experience by remembering your preferences and repeat visits. By clicking “Accept All”, you consent to the use of ALL the cookies. However, you may visit "Cookie Settings" to provide a controlled consent.
Cookie SettingsAccept All
Manage consent

This website uses cookies to improve your experience while you navigate through the website. Out of these, the cookies that are categorized as necessary are stored on your browser as they are essential for the working of basic functionalities of the website. We also use third-party cookies that help us analyze and understand how you use this website. These cookies will be stored in your browser only with your consent. You also have the option to opt-out of these cookies. But opting out of some of these cookies may affect your browsing experience.
Necessary Always Enabled

Performance cookies are used to understand and analyze the key performance indexes of the website which helps in delivering a better user experience for the visitors.

Analytical cookies are used to understand how visitors interact with the website. These cookies help provide information on metrics the number of visitors, bounce rate, traffic source, etc.

Advertisement cookies are used to provide visitors with relevant ads and marketing campaigns. These cookies track visitors across websites and collect information to provide customized ads.

Other uncategorized cookies are those that are being analyzed and have not been classified into a category as yet.